Here is one for the books! We got an e-mail from one of our very good clients asking us to make arrangements to pick up a damaged YANTRA.  I know…..I had to Google it too but I’ll save you the trouble:

“Yantra (यन्त्र) (Sanskrit) (literally “machine, contraption”[1]) is a mystical diagram, mainly from the Tantric traditions of the Indian religions. They are used for the worship of deities in temples or at home; as an aid in meditation; used for the benefits given by their supposed occult powers based on Hindu astrology and tantric texts. They are also used for adornment of temple floors, due mainly to their aesthetic and symmetric qualities. Specific yantras are traditionally associated with specific deities.

Still confused?  Me too but we did try to make arrangements to pick it up.  It’s claimed/insured value was $18,000.00 and for that kind of money it was sure to have some salvage value.  The story gets better.  I was trying to deal with a Guru who was the consignee for this piece and who was more than reluctant to be cooperative:

Hi Mike, I forwarded your email to xxxxxxx, he just called me saying that the Guru in India said that the yantra had to be sent back to India.  The yantra is a spiritual object that has been programmed in a specific way and that program has been damaged and contaminated by the handling and damage it received  in transport. It has to go back to India for cleansing and nullification of the program.  Only the Guru that programmed it can do that.  It cannot be handled by others, even I cannot have it in my possession.  They will not hand over the yantrato you.  It is not just an object, it has been imbued with a certain  programmed energy that has gone haywire and its consequences are not  good.

Please understand my position I don’t know what else to say I hope you can understand .  I don’t want some  untoward event happening in your life or anyone else’s life.  I certainly don’t want that yantra in my home.

Good Morning all: This one is one for the books!  I have no idea how the interested underwriters will react to this and will be very interested in any comments that they may have.  With the conditions outlined by XXXXXX  and the apparent refusal to release the Yantra to us for salvage sale then it would appear that our involvement is no longer needed.  That said I would think that the underwriters might and probably should deny the claim under the “adverse selection” defense.  Not my bailiwick nor my decision to make but xxxxxxx should certainly have her house counsel look into the matter. My guess is that if XXXXX is told that he is not covered for the damage and will not be paid for the damaged Yantra, that all of the demands that the unit be returned to India to be “reprogrammed” etc. might be reconsidered.  It is, after all, a commercial item that in fact was going to be sold onwards!

I’ll just close my file but sincerely ask that I be kept advised as to the eventual outcome of the case.  And……………I am still waiting…………….. 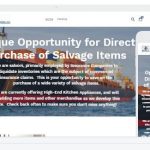 September 13, 2018 We are happy to announce the launch of our new online store!  The store represents a unique opportunity for YOU to browse salvage items that are currently available in our Marblehead Massachusetts warehouse, and to buy items at a (very) deep discount. The site is the Mentuck & Associates Salvage Outlet Store. […]

Ready to assist in Hawaii 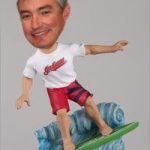 We certainly hope Hawaii is spared from being hard hit by hurricane Lane. In the event things do turn sour, please know we have one of our top agents there now and we are ready to assist with your salvage claims if you should so need. Please call us if you have any questions. e […] 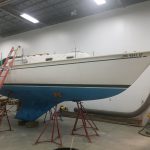 We currently have to offer, a 1977 Pearson 30 Sloop, SANIBEL.  The boat is located at Manchester Marine, Manchester-By-The-Sea, Massachusetts, and can be seen by appointment.  Clean Title & Bill of Sale.  Read a little about the boat at  Pearson 30 Used Boat Review  and at Pearson 30. Email Doug Mentuck (dougm@salvor.com) for more information! (PS. […]